Evolution doesn't give a shit about you.

Evolution is like the Machines in The Matrix, and we're the humans trapped in a world of its own creation, while it fracks our experience for its optimal outcomes. You're probably less happy than humans that existed millions of years ago, because happiness is only coincidental to Evolution's goals. Evolution only cares about the process, not the individual nodes that carry it out.

As far as Evolution is concerned, we're all just adaptation machines, doing the work of finding the best answers for its algorithm. We are the metal atoms on the blade of its buzzsaw while it cuts wood to build a house.

"But look at what evolution has provided us!" you say. Sure, the natural world is filled with unfathomable beauty. Despite the rest of this post I really do appreciate it and am moved by it. But there is just as much, if not more, unfathomable horror.

I'll refrain from posting gifs of animals eating each other alive or being taken over by parasites and remaining conscious through sadistic machinations. But they exist, and they are not anomalous, they are the way of the natural world.

The "balance" of nature, to which us romantics want to return, is just an endless Saw movie. Evolution doesn't give a shit.

"Oh, you ate that thing alive," it says. "High five! You get survival points!"

Evolution probably rolls its eyes whenever some species survives better because of generosity and familial bonds.

The Way It Has to Be

I'm fine with this, you say, we wouldn't appreciate life without death, joy without suffering. I used to believe this as well. But doesn't that sound like the attitude you'd have to have to succeed in Evolution's game? Perhaps we tell ourselves that because most of the people who were open to other perspectives, and their offspring, are not around anymore.

Once Evolution has decided you're no longer fit for sex, babies, and helping those babies have babies themselves, the fucks it gives about you dwindle to zero. It's then a slow mental decline until you say goodbye to everyone you ever loved.

We used to think it had to be that way. It doesn't. We now know there's no programmed, insurmountable barrier to immortality, natural death exists only because Evolution is too cheap to spring for any unnecessary luxuries. It didn't have budget for the nice-to-haves like immortality.

How about an easily accessible sense of contentment and happiness?

"Sorry humans, I can only afford enough happiness to make you try your hardest to get more of it! Gotta keep you motivated!"

The gifts, we are told, that Evolution bestowed, such as our abilities for language, cooperation, and tool making, allowed us to invent agriculture. Hooray! Now we can grow our own food, stay in one place, and create an economy.

After agriculture appears on the scene, complex abstract systems like currency and organizations arose and thrived. Technology advanced. Information spread. But the individual human experience got worse. Now that we had grain to eat, we could have more kids. But those kids were far more likely to die due to starvation because now there are famines and malnutrition and wars.

Instead of mentally being in the present – a great tactic for happiness – we became obsessed with what the future holds and tried to prepare for these oncoming threats that result uniquely from agriculture. Life expectancy after agriculture actually dropped from when we were hunter gatherers and took a tragically long time to come back up.

But numbers-wise it ultimately works out in Evolution's favor because more people were born. Their misery is not a factor on its ledger.

So hey, Evolution, can we at least physically adapt more quickly to the environments that we create ourselves so that we're not depressed and sick all the time in our hunter gatherer bodies?

"Oooooo, that's gonna be a tough one, champ. I spent my last energy on making mothers love you enough to take care of you for the fourth trimester of incubation. That big brain of yours is too heavy to carry around that long! Oh, and heads up on that, if she or your other parent doesn't do the mysterious and secret right things in those first early years, you're going to be miserable and have fucked up relationships and you won't know why. But you'll still be able to have kids, so not my problem. Gotta go! Bye-eeee."

And how about the required ingredient for Evolution: Random Mutation. This psychopathic phenomenon makes the Texas Chainsaw Massacre family look like the Teletubbies. It gleefully pumps out all sorts of heartbreaking devastation from its evil laboratory.

Even if we're just counting the modern, human-related stuff, we've got tons of genetic diseases to credit it for. Like Cystic Fibrosis, which "causes the body to produce thick, sticky mucus that clogs the lungs, leads to infection and affects the pancreas. Breathing is difficult, and digestive enzymes are blocked, which inhibit the absorption of food nutrients." Incurable as well, but that's kind of beside the point.

The one that, for me, really pulled back the curtain on Random Mutation's carnival or horrors is Tay-Sachs. My wife and I were several months pregnant with our first child before I even knew what it was (our daughter didn't have it, fortunately, but several tests showed that it was likely enough to be considered):

"Infants with this disorder typically appear normal until the age of 3 to 6 months, when their development slows and muscles used for movement weaken. Affected infants lose motor skills such as turning over, sitting, and crawling ... As the disease progresses, children with Tay-Sachs disease experience seizures, vision and hearing loss, intellectual disability, and paralysis ... Children with this severe infantile form of Tay-Sachs disease usually live only into early childhood."

How does a parent ever come back from that? Imagining what it must have been like for this child that they brought into the world, for it to only have a short, tortured life in almost constant pain and never know what is happening to it or why. This isn't even the worst disease we were screened for, just the one I remember.

Evolution and Random Mutation don't give a shit.

Oh and try to make a "greater good" argument to someone who has lost a child to a genetic disease. Nothing about our current "things are OK I guess" omelette justifies the eggs that were broken. How many miserable things have happened to humans over the millennia just for us to be safe indoors watching Netflix?

If you're abducted and tortured for years by some sociopath, are you going to be grateful for the gift of life?

"Even though it didn't work out for me this time," you'll say. "I'm glad we're engaged in this meaningful project of ... well I'm not quite sure what but it feels important. Good game Evolution!"

And that's just it, what is this project? What's it all leading towards? Certainly nothing any of us, or any humans ever, were consulted on. And what could it possibly be that would justify the amount of suffering that's already on the books?

What Utopia can you imagine that anyone who suffered immeasurably to get us there would be OK with? Go back in time and find the guy on the plains in Africa who is conscious for three hours while being eaten by a lion. You find him mid-meal before he passes out. You tell him about the Utopia he was part of advancing the human species towards.

"Oh, that's what it was for?" he'll say. "That makes sense. Also, I am totally fine with not actually getting to enjoy utopia myself, or any of my descendants because now you're telling me they will all die horribly. My fault for being born at the wrong time. That one's on me. Just happy I could contribute!"

It was easy to confuse Evolution's goals for our own when lifespans were shorter. Most pursuits of wellbeing also brought about reproductive success. Good food, social connections, storytelling, etc.

Now, however, the gap between wellbeing and reproductive fitness has widened to reveal our complete lack of agency in what drives the human project. We can withstand decades of mental dissatisfaction and existential angst while still reproducing successfully.

The alternative is a world where we get to decide the things that we want. Where we decide what we want to want. Where we choose our brain chemistry, how we feel about things, and what's important in the reality we all share.

We've built a civilization largely based around impulses that kept us alive tens of thousands of years ago. We have red badges on apps on our phone not because it's helpful to anything you care about, but because our brain is wired to pay attention to red and your attention is valuable to corporations.

We have "10 Ways to Make Your Life Amazing" articles not because they actually make things better for you or society, but because the part of our brain that used to belong to lizards can't help but click on them.

We shouldn't have to make ourselves obese because sweet things used to be rare and full of energy that aided in survival, so our brains never tell us we've had enough. We shouldn't have to adopt a paleo diet just to not be amorphously unhappy all the time (if that even works) because our bodies haven't caught up to the modern diet – nor can they.

I don't think anyone has an answer to how we decide what life should be like, given what we know about how we got here. Very few people on the planet have even admitted that this is a problem. If there is a way out, it starts with everyone getting on the same page about what we're all doing here, and why we're here.

So yes, go fuck yourself Evolution. Saying that in protest is about all I can do, and that's kind of the point.

Gene editing is a topic for another post, but it's possibly a way out of Evolution's clutches. I'm not sure we've evolved the right judgment to not create an even worse place to live by using it. We'll find out either way. 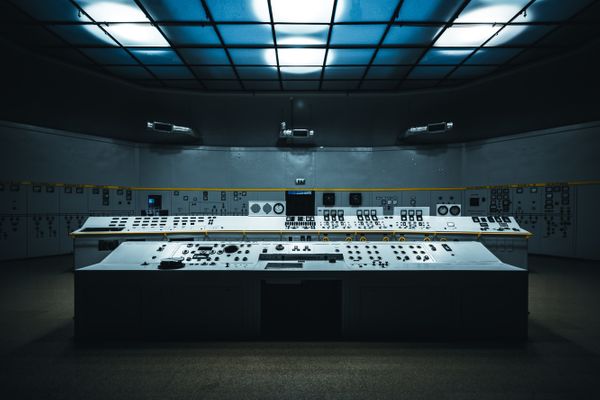 There shouldn't have to be something wrong with you for you to have access to chemical support for your mood and daily experience. 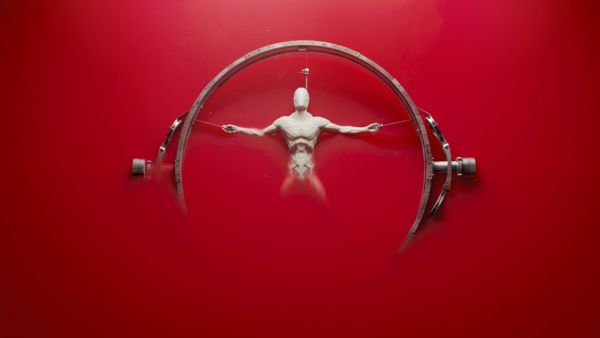 Our conventional belief in free will is like believing that in a basketball game, the announcer is controlling the action on the court.